Just got round to posting some of the photos I have taken since starting the refurbishment of my Dockrell 22. 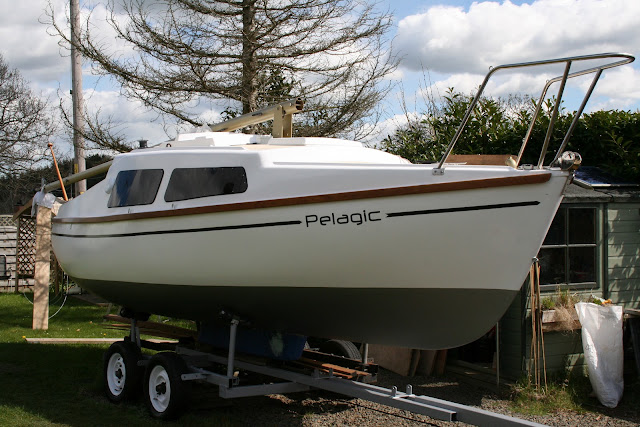 History
I won the boat in an EBay auction last July, I was delighted to have won it at the time, but a day or two after, I became worried in case I had bought a load of scrap. I had no real way of telling from the photos posted and to make matters worse, the boat was Kent - a long way from my home in Devon. I new it was in very poor order generally but kept telling myself if the hull was sound I had a good chance of refurbishing it to a very high standard. Anyway I went to Kent, paid the money (after inspecting the hull) and towed it back without incident. 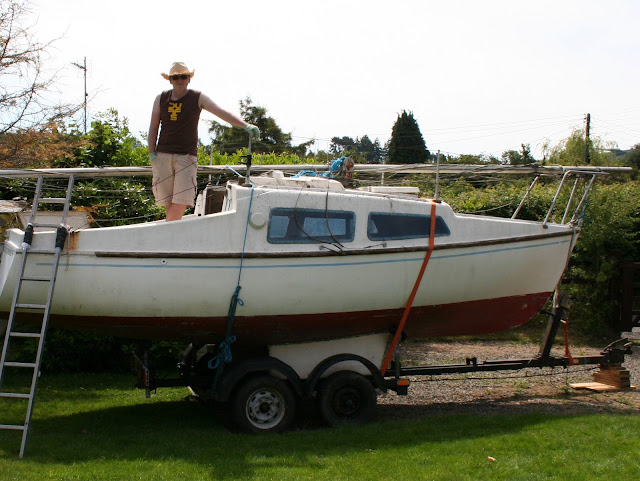 July 10 .2011. Dockrell 22 arrives at its new home in Devon. Untouched for ten years. The last owner bought it as a project but never got around to starting it. In a few days time it would be stripped of everything, leaving just the hull sat on a very rusty trailer. The person in the photo is my son Philip. Looks quite pleased with himself doesn't he - he should be, he convinced me to buy it to go fishing as well as sailing... Take a look at the pre-restoration photos of the boat - look at the bottom of this page and you will see the scale of the project.